Jon Matonis explains why he accepted to run the Bitcoin ... 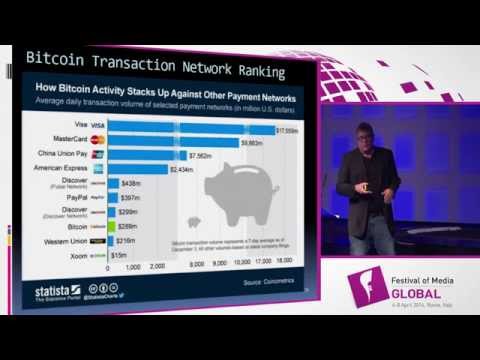 Bitcoin Foundation: Where did all the Money Go?

This week Charles Hoskinson posted a thoughtful post on the Bitcoin Foundation and his idea that an audit would help the organization break from the past.
I'm happy to support an audit provided someone can lead it and do the work involved and/ or support the costs of one.
I do remain skeptical of the value of an audit. We all know that a lot of money was wasted and lost - I detail the basics of the 2014 spending below -- it is unlikely worse than imagined as all the funds are essentially gone. I don't think much can be done about past mistakes, the people involved are no longer with the organization.
Also this week, someone on an anti-Bitcoin sub posted this data from the 990 forms and was afraid it would be censored if posted on Bitcoin.
I'm happy to post it for them, minus the color commentary and a couple of minor factual inaccuracies.
They also implied that some people would want to not have this information brought to light. I'm more than glad to. I don't defend these financial decisions as I had nothing to do with them. I also had thought the 2014 990 form with this was posted once completed this summer. At that time we were going through a website and server change and I was also recovering from a car accident, so if it was posted it wasn't in the proper place. For not having the 990 form posted in the correct section a few months back , that's on me and I'm sorry.
The bigger matter is the financials themselves.
I don't defend these financials, I certainly don't apologize for them or attempt to justify them. I had nothing whatsoever to do with these decisions.
As you can see the spending / loss was caused by:
1) a large drop in Bitcoin value costing millions of dollars - the peak foundation assets were calculated based on a Bitcoin price in the $800 range -- so, had they simply held those coins it would have seen the $6-7 million fall to $2 million or so
2) ridiculously wasteful and reckless spending
3) reasonable and legitimate expenses such as Gavin and dev salaries
I have not been presented any evidence of any theft, criminal act or similar wrongdoing but would be happy to pay a bounty of at least 10% for anyone with information and evidence of any such act leading to recovery of any funds which were misappropriated or stolen. Those who imply that there is any wrongdoing at the foundation now or by those involved now should come forward with evidence or at least a solid and specific accusation. If presented with any such evidence I would work to have justice done.
It seems strange that so many make an effort to tie those involved now to the sins of the past.
This is the point of a turnaround; to take what an organization has and make it as useful as possible. Many people think that the change in management and new focus, combined with a new mission statement can help the organization to help Bitcoin more.
I wish that the foundation hadn't had so many problems. I did think it was worthwhile to try to help the organization.
Here are the finances:
Salaries
Gavin Andresen: $147k. Chief Scientist. Salary down from $209k (salary was higher in 2013 as it was pegged to BTCUSD)
Jodie Brady: $141k. COO of the Foundation, who also served as CFO at CoinLab (Peter Vessenes' affiliate company).
Jon Matonis: $137.5k through "THE HOLE OF ROY LLC". Salary up from $31k. Jon Matonis acted as Executive Director up to October 2014.
Patrick Murck: $115k. Executive Director of the Foundation (as of November 2014). Salary up from $57k.
Contractors:
"LOCAL PRODUCER" was paid $790k to host Bitcoin 2014 in Amsterdam.
Apple Fundraising Consultants were also paid $123k for activities related to the aforementioned conference.
THEPOLICYCOUNCILCOM INC as the Foundation's 'Global Policy Counsel', paid $114k for about 9 months of work in 2014.
And the breakdown of the functional expenses, oh, so many expenses: Office Expenses: $39k up from $8k in 2013.
Information Technology: $158k up from $67k
Travel: $159k up from $69k
Occupancy: $18k up from $7k.
Accounting: $50.5k up from $9.1k.
Legal fees: $220k up from $161k.
Other: $653k, consisting of:
Professional services: $307k
Public relations: $93k
Executive Directory Compensation: $137.5k
Professional event expenses: $115k
Other salaries and wages: $471k up from $72k
Revenues : Membership dues: $335k down from $358k Conference revenue: $584k up from $337k At the end of 2014 not much was left: $366k.
2015
The beginning of 2015 still had many expenses similar to the above. At the time I came aboard those costs reduced dramatically. There were still high outstanding legal and accounting bills as well as the bitnodes funding and Bitcoin.org funding and other previous obligations that were paid.
Current spending is in the $8k / mo range
Current expenses:
Board salaries: $0
Executive Director salary: $0
All reimbursements for travel: in the range of $3000 - primarily for three speakers airfare and hotel (me, Gavin and Andreas) to DevCore, $600 in pizza for the attendees etc.
Aside from one economy flight to DevCore and the hotel I have personally not been reimbursed for any travel. I have paid some costs from my own credit card for web hosting etc which were also reimbursed - this is also a small amount, perhaps in the $2000 range
Current salaries include one part time bookkeeper and one almost full time ops director.
I'd love any feedback about what the organization can do to break from the past. We could close, sure. I'm not convinced that is what's best for Bitcoin and 8/10 top voted candidates from the last four elections don't think that's what the members want. What else can an organization do to move forward?
EDIT: BTW, here is the mission statement posted a couple weeks back by the new board - IMHO it's more productive to focus on this than the past https://github.com/BruceFenton/bitcoinfoundationplan

About DAXT The Digital Asset Exchange Token (symbol: DAXT) is BlockEx’s ICO. It is a utility token in which allows holders access to buy ICO tokens on BlockEx Markets ICO Market on a pre-sale basis before the public at large.
In order for you to buy ICOs on a pre-sale basis, you must pay 2.5 percent of the notional purchase amount in terms of DAXTs. For example, if you wanted to buy €100 worth of ABC tokens you must pay 2.5 DAXTs in conjunction with the funds. The Pot Allocation System automatically calculates and adjusts each individual’s token allocation proportionate to the total funds received relative to the token supply available. Therefore, the DAXT guarantees token allocation tokens listed on the ICO Market.
Interested? Here is How to Buy
DAXT is now available on secondary market at
Our Team Adam Leonard
CEO
Aleks Nowak
CIO
Ronald Martin
COO
Alex Kotenko
CTO
Dan Starr
CMO
James Godfrey
MD Capital Markets
Edd Carlton
Head of OTC Trading
Dotun Rominiyi
Head of Product
Andrew Perkins
Director of Finance and Structured Products
Biser Dimitrov
Brokerage Technical Director
Advisors Eric Benz | Linkedin
Eric has over 10 years of experience working in and around Financial Technology. He has delivered innovative SaaS systems for some of today’s biggest institutions around payments, identity, and banking infrastructure. Eric has been in the Blockchain space for the past few years and has been responsible for helping build some of today’s most exciting Blockchain businesses. He is currently Managing Director for Cryptopay, which has been one of the longest running bitcoin exchanges, merchant processors, and pre-paid bitcoin card issuers.
Paul Kim | Linkedin
Paul Kim is a 15 year gaming executive having served companies such as GoPets, ZAM Network, and Gazillion Entertainment. He was the CEO of Xfire, the world’s largest gaming community site with over 24 Million registered users and then COO of Oomba, a cutting edge SaaS based Tournament platform. He has taken his extensive background in game based virtual currencies and ecosystems into the world of Blockchain. Having advised on a number of successful ICO's such as Paragon, Blockex and Academy, which collectively raised over $120M in total token sales. He was a Senior Advisor at DNA and currently the Managing Director of ICO’s at Blockchain Industries, a publicly listed company focused on Blockchain businesses (BCII) Trent McConaghy | Linkedin
PHD
Co-creator of the BigchainDB scalable blockchain database, its public network IPDB, and ascribe.io for IP on blockchains. Previously, he spent 15 years designing distributed AI systems to help drive Moore’s Law.
Jon Matonis | Linkedin
Founding Director of Bitcoin Foundation. Chief Forex Dealer; Director of Interchange VISA, CEO Hushmail, Senior Derivatives and Money Market Trader Sumitomo Bank, Director of Financial Services VeriSign. Roger Ohan | Linkedin
30+ years of experience in Financial Services. CFO at Wilberfoss Inc. Non-exec director of multi $Bn hedge fund. Former MD, Citco Fund Services (UK) Ltd. Former MD, Chemical Bank (now JPMorgan Chase).
Scott Walker | Linkedin
Serial Entrepreneur, Early Internet CEO, 2012 Invested in BTC, ETH, EOS, and many others. One of the most knowledgeable crypto investors in the sector. Jean Louis Jamin | Linkedin
30 years of private banking experience in Switzerland, Luxembourg, Malta & London. Previously Managing Director BNP Paribas Fortis, CEO Banca Intermobiliare di Investimenti e Gestioni, Managing Director Bank Degroof
EXCHANGE LIST
Binance
Huobi
Kucoin
Bibox
Qryptos
Satoexchange
BIGone
Bitrue
Bilaxy
Bit-Z
Linkcoin
SECURE WALLET
Ledgerwallet
Trezor

Bitcoins Rate - Jon Matonis Bitcoin Foundation Bitcoins Rate Bitcoin Sheet Why Bitcoin Decrease Price In The Last Day Jon Matonis His career has included senior influential posts at Sumitomo Bank, Visa, VeriSign, and Hushmail. He is a former Executive Director and board member of the Bitcoin Foundation. Jon Matonis published a statement today explaining why he decided to accept the invite to become the new Executive Director of the Bitcoin Foundation, replacing the former chairman Peter Venesses. The letter was published this Tuesday on The Monetary Future blog and also on the official blog of the Bitcoin Foundation. The e-money specialist welcomes “this new challenge” and talks about ... After a lot of consecutive days going down, Bitcoin’s price is really improving this Friday: it’s now around $97! So, good news in this area and, now, off to another type of news. Here’s your weekly round up, with the most important issues from the last seven days. Besides welcoming a lot of new merchantsRead More Bitcoin. COVID-19. Coronavirus. Ether. Gold. Markets. Mining. Podcasts. Prices. Bitcoin 101. 01What is Bitcoin? 02How Can I Buy Bitcoin? 03How to Store Your Bitcoin; 04How to Sell Bitcoin; 05How ...

Jon Matonis on Bitcoin and crypto-currencies

“When we finally see XBT given approval by the ISO, I think that will be a tremendous buy signal for bitcoin.” Jon Matonis, Founding Director, Bitcoin Foundation. You can view this video and ... The Monetary Future is a leading economics blog at the intersection of free banking, cryptography, and digital currency. Jon Matonis is a Founding Director o... Speaker: Jon Matonis, Executive Director, Bitcoin Foundation From mobile payments to virtual currencies, the future of commerce is at a major crossroads. Bitcoin is currently the most talked about ... My guest this week on Stuff That Interests Me is Jon Matonis, a central figures in the bitcoin and digital cash movement since the early 1990s, even before bitcoin existed. Episode 118: GoldMoney's Andy Duncan talks to Jon Matonis of the Bitcoin Foundation who is also a contributor to Forbes Magazine. They discuss Bitcoin's latest price spike and whether crypto ...